Champions League Final 2008 between Chelsea and the my heart's team Manchester United!

Me and a some friend arrange to meet in a bar around 2:30 a.m. (because that's the hour in China to see the game live!).
So at 2:30m a.m. there i was ready to see the match of the season!...but my friends never came...no problem...i would see the game anywhere anyhow !

and ronaldo scores and i couldn't contain myself and had to scream loud "GGGOOOOAAALLLL!!!"

but the luckely 1st hald Chelsea score just before halftime and i was really disappointed...but kept confident in a United win!

2nd half was tough and things seem going for a Chelsea goal...but we arrive to the end of the regular time with a equalizer in the scoreboard...

then extra-time and emotion were "dancing" on the air!

and it comes the lottery penalties....and ronaldo misses...and now i get really nervous but still confident!

....and than dear john terry misses....and the rest of the story you know!

well...i can tell that i was completely attached to the tv the whole game...and i can assure you that i've "suffer" a lot through out the game...


but the next day i could already take some jokes on the game...

just to finish...i left the bar at 6 a.m. and went home to slep 1 hour and to work!
and i don't need to tell you that the next day i was the happiest tired person in the company!

THE HAPPIEST NIGHT I SPENT IN BEIJING!

P.S. a special word to mister Ryan Giggs that on May 21st 2008 became the biggest Manchester United legend...even bigger than Bobby Charlton!

let me take you to a conversation i had in the office a month ago between me and...let's call her "little cloud"...for those you follow my blog, you know her!

nuno: so, what you're eating?
little cloud: some really nice chocolate!
nuno: yeah?!?....which one?
(and she shows me the chocolate package!)
nuno: isn't that maltesers?

...see KitKat in china...or maybe not the real one!

who's saying these are similiar to the original one?...how can you tell?!?!

i'm with the boston celtics this year!

this video below i couldn't avoid putting it here once i seen it (and i saw it many many times)! i love too much the game of basketball and this it's a representation of the love and passion i have for the game and for the players, coaches and staff evolved in the game!


Bill Russel meets Kevin Garnett
the past meets the present
one hall of fame with one future hall of fame
one with 11 NBA titles and one that will have NBA titles!

may a player and a person like Kevin Garnett be remember as a NBA Champion and a Hall of Fame!

and may Kevin Garnett be remembered as the CELTIC of this decade!

if in beijing was a pseudo-earthquake...


in Sichuan on the southwest of the China, the earthquake was real!
it was an 7.8 on the Richter scale!
by now there are more than 8,000 deaths and at least 15,000 injured people!

for those, my sincere deep feelings!
these people is the same who suffered the great snows and cold in the winter.

the people in Sichuan were so affraid of replicas of the earthquake that last night many people slept on the street...

my hopes goes with does that suffered, suffer and will suffer with this Sichuan's earthquake for a quick recovery to their normal lifes!

may your god protect you!

earthquake in beijing?...sorry, you said where?

...when yesterday i was first told of that my immediate answer was:
- "Do you think the chinese government would allow an earthquake here?...come on!"

but, there it was, the side building being evacuated when no one felt the earthquake except a person in the office. then someone started with phone calls and chats on msn and suddenly discover an earthquake happen minutes before...and that 99,9% of the people didn't felt...

so someone in the office calls the building security who says it would be advisable to evacuate the building...then someone is even afraid the building would collapse.
so, we take a look outside the building and we can see the people coming up already.
we call the building's security again, and again they say to evacute.
so we evacuate, but the funny thing is, everybody USE THE ELEVATOR..."come on! spare me!"

once we arrive downstairs there a big cue of poeple in the elevators to come up, but we still go outside. Once outside and after 3 minutes a coleague turns to the CEO and says:
-"so now we cannot work more today, can we go home?"
and the CEO wisely said yes or else he would have to deal the rest of the day with people feeling pseudo-psychological-unreal-earthquakes.

you want my opinion?

is like this...earthquake? what earthquake? an earthquake that almost no one felt (and i still believe no one really felt it), with no fire alarm or any alarm at all in the buildings, that everybody still uses the elevators to go down and no building security personnel comes to every floor to help people go down and make sure the floor is empty. GIVE ME A BREAK!

conclusion is: every excuse, no matter how ridiculous it is, is good to get out of work...that's it.


in the end i want to say thank to all the family and friends who shown concern about me (after listening or reading the news). I'm great...no worries!

ps. the earthquake in beijing, the government said it was a 2.2....

...i'm sorry for lately leaving the blog on the shadows, personally i don't the real reason why i stop writing on it...maybe because i've been lazy lately!

on the last weekends of february, when is still cold, me, andreia, carlos, mariana, tiago and tomas (tiago's son) decided to take a look at beijing botanical garden!
of course we knew since the beginning that we couldn't expect to see flourished gardens, but we knew that there was a huge greenhouse...so we went there to check it.

and i have to say that the greenhouse is a very beautiful and colorful place...but really hot and humid inside...like a tropical forest!

but there was a great surprise in this visit...just imagine what we found out?

...yeah, greenhouse is one of the favourite places in beijing for future and/or recent married couple to take photos for their marriage album...therefore we saw brides everywhere! 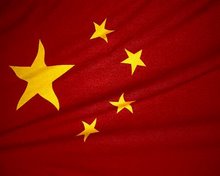 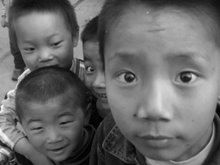 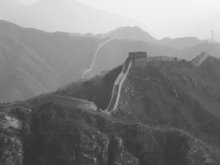 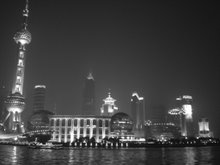